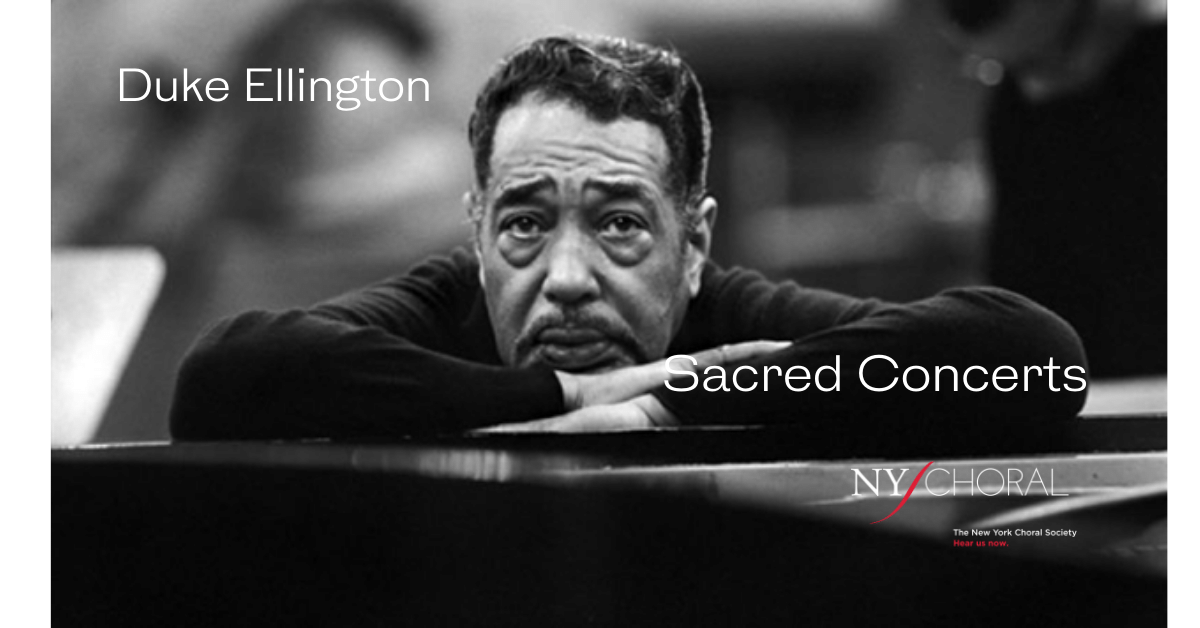 Partnering with The New School College of Performing Arts, the New York Choral Society will perform Ellington’s score alongside The New School Studio Orchestra, a gospel choir, vocal soloists and a visual artist in a program that seeks to bridge audiences across generations and musical interests while celebrating what is thought to be one of Ellington’s most important works. Music Director David Hayes notes: “Although considered by many critics, scholars and musicians to be among Ellington’s most significant works, the Sacred Concerts have yet to reach and inspire a broader audience in the United States.  The Sacred Concerts bring together choral music, jazz, gospel music in a powerful and striking language of vocal and instrumental harmonies.  I am thrilled to bring a long overdue performance of the Sacred Concerts to New York”